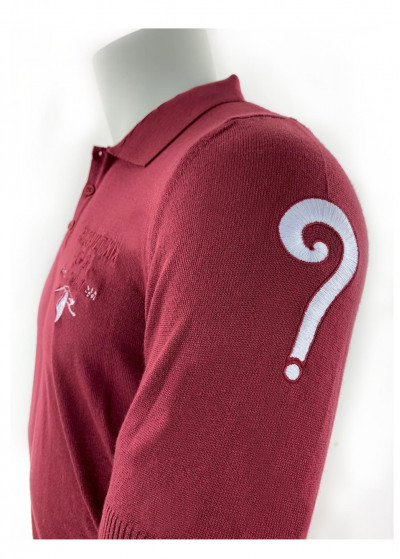 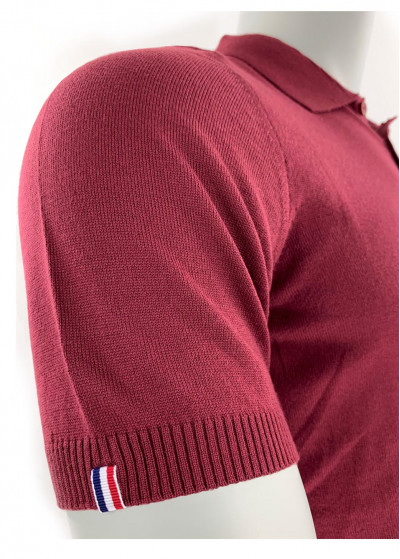 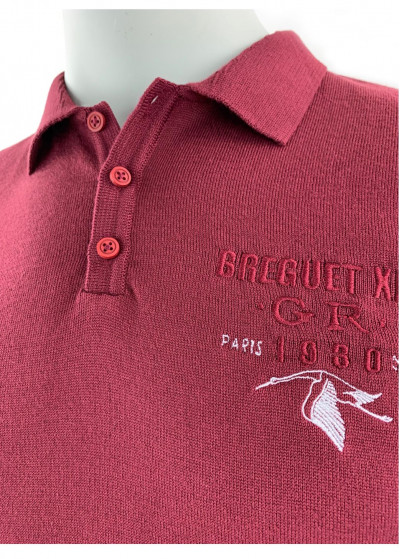 Manufacturing: Assembly and embroidery made in France, dyeing knitting made in Europe. 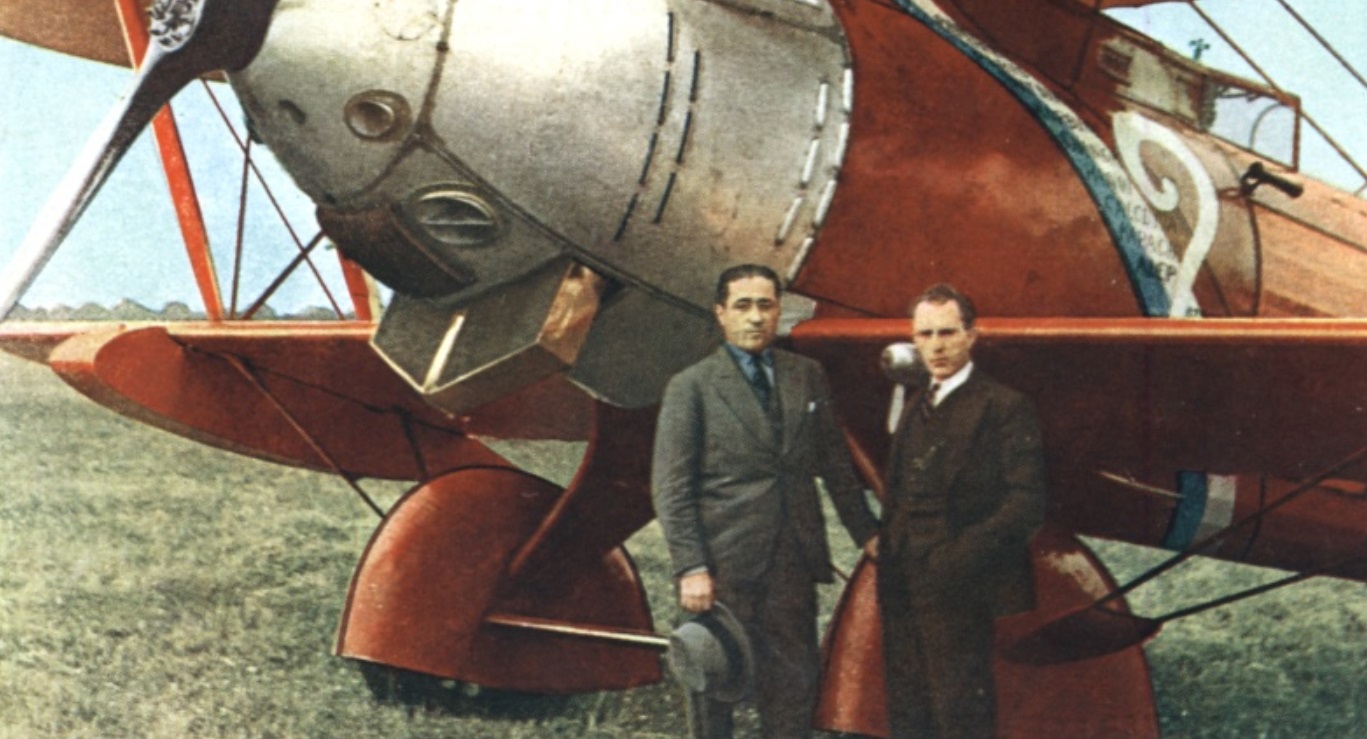 The Breguet XIX "Point d'Interrogation" made its first flight on July 23, 1928 it was the third and last Breguet 19 T.R. (for transatlantic) with Hispano engine.

In preparation for a transatlantic raid, it was modified into a Breguet T.F. "Super Bidon", equipped with dual controls and a radio, it benefited from an increase in wingspan, a lengthening of the fuselage, and an increase in fuel capacity in order to face the prestigious Paris-New York crossing.

In preparation for the raid, Costes decided to reassure his sponsors by breaking the world distance record from September 27 to 29, 1928, setting a new record with 7,905 km in 51 hours of flight, and then on December 15-17 the closed circuit record with 8,029 km.

These successes encouraged the sponsors Breguet, Hispano-Suiza and the mysterious "? " to renew their confidence in Costes. Extremely careful in the preparation of his equipment, benefiting from the progress in weather forecasting and navigation, Costes and Bellonte took off from Le Bourget on September 1, 1930 at 10:58 am.

Benefiting from an exceptional East wind, the Point d'Interrogation reached 3 000 meters of altitude at night and the navigation was carried out with the bubble sextant. In the early morning, a headwind reduced the ground speed to 120 km/h. The Nova Scotia seen around 14:20 disappeared quickly, covered by clouds which forced Costes to make a detour of 150 km to the South of his flight plan and to descend to less than 100 meters from the water, the piloting had to be done with instruments during two hours at 4 000 meters of altitude and then, suddenly, by a hole, houses.

Bellonte indicated the course for New York, Costes landed the Interrogation Point at Curtiss Field on September 3 after 37 hours and 12 minutes of flight. Among the 25,000 people who welcomed them, Lindbergh was the first to congratulate them. The heroes were given a "ticket parade" in New York and then completed the "Tour de l'Amitié" across the United States, before returning to France by boat.

It was finally known that the perfumer Coty was the mysterious sponsor, but the plane kept its nickname "?" 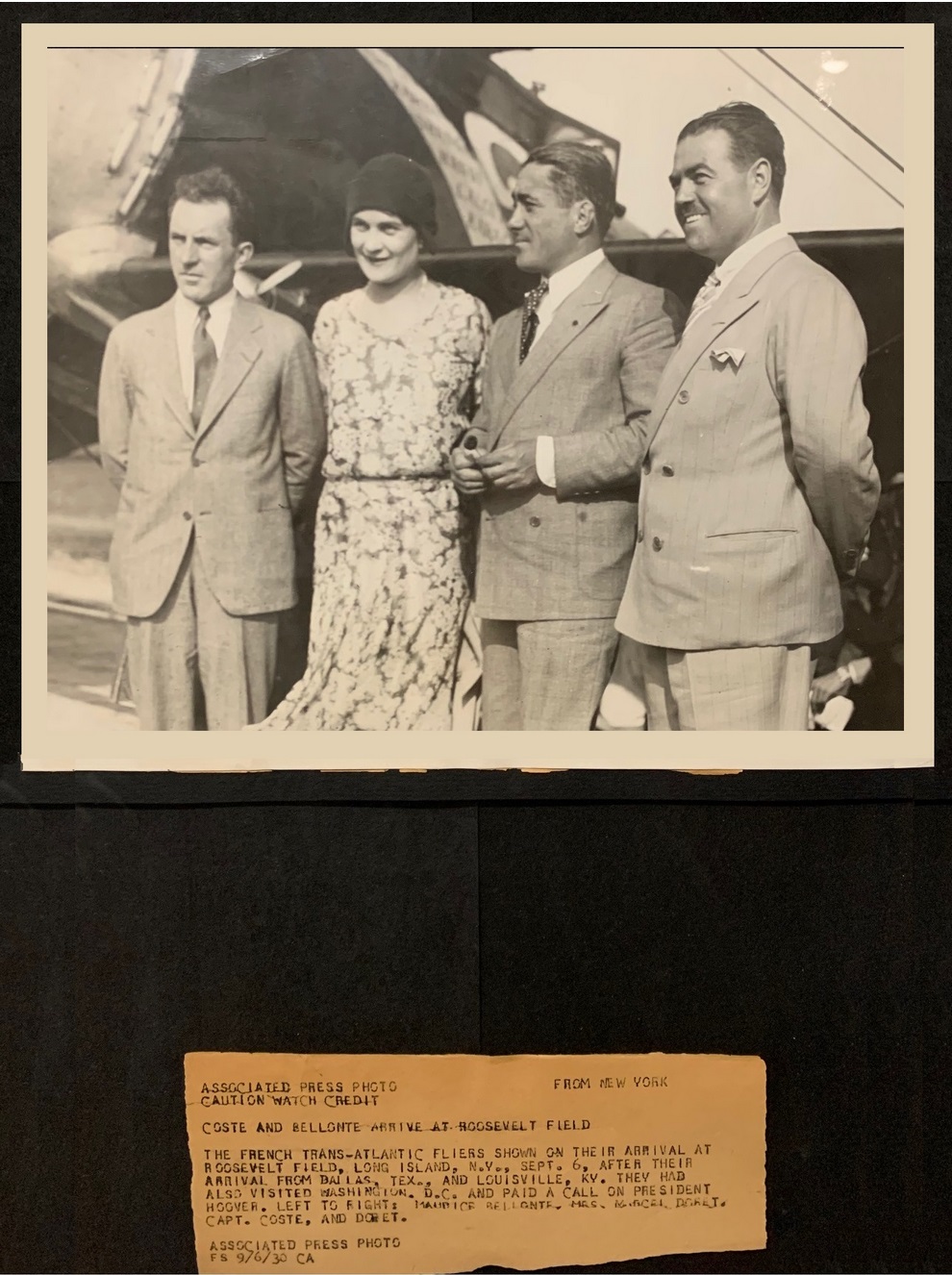