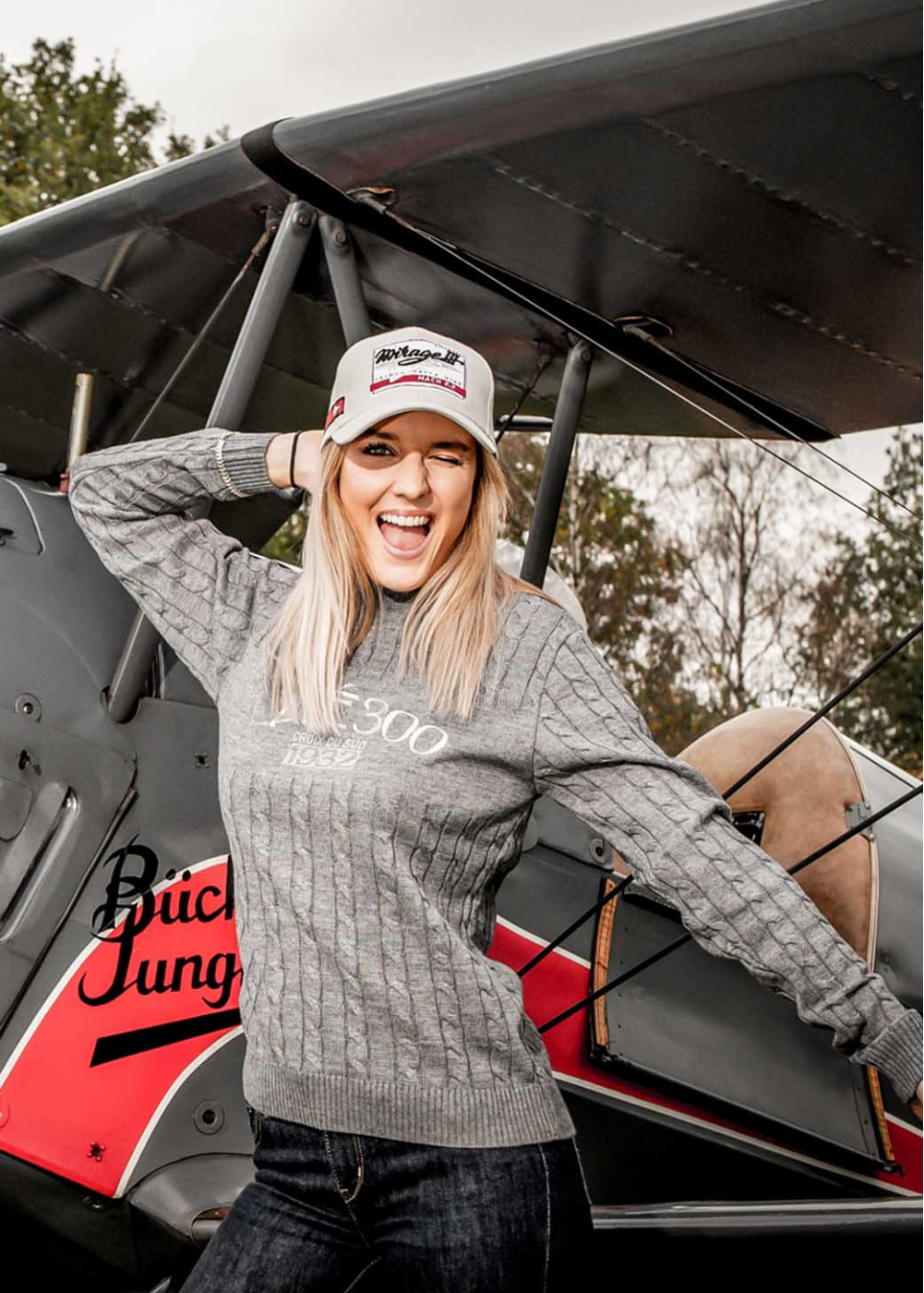 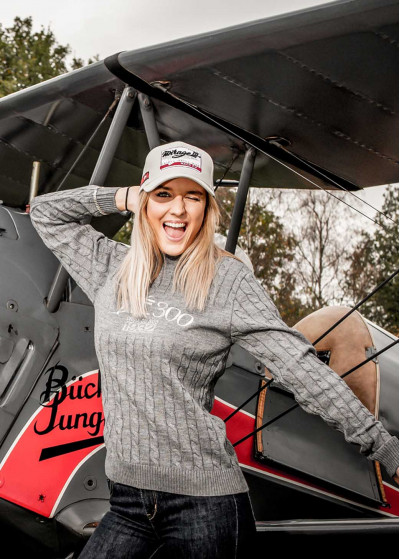 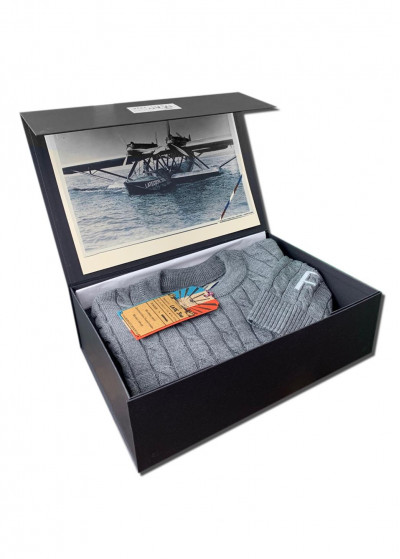 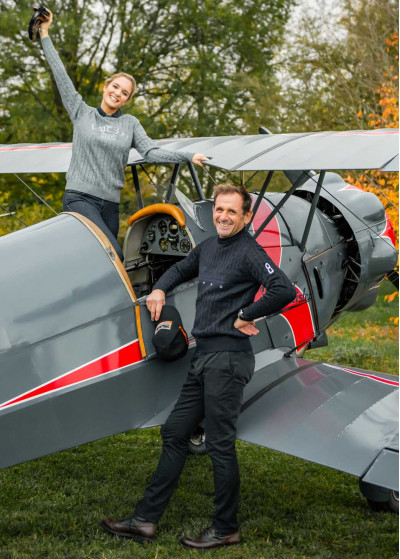 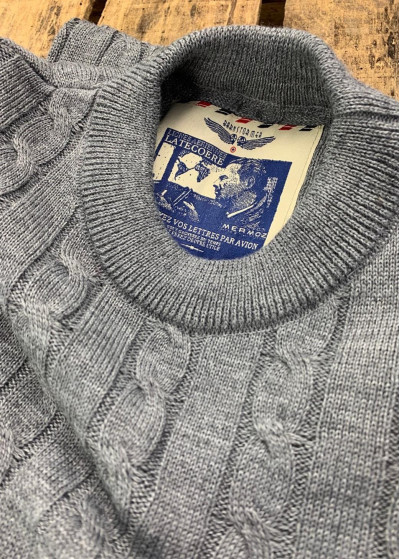 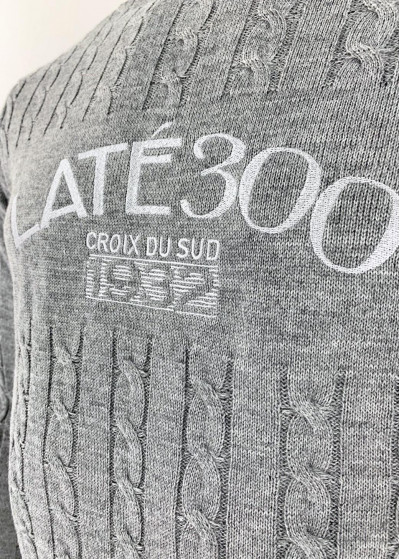 Made in conformity with the original livery of the seaplane built in 1932, this limited edition sweater will give you wings in all circumstances.

BE CAREFULL the cut proposed here is a man's cut, Lena wears a size S.

The Latécoère 300 seaplane was developed to transport mail on the Latécoère South Atlantic line, via Dakar in Senegal, to Natal in Brazil.

Built in a single copy, the F-AKGF, entered service in October 1932, the aircraft broke the world record for straight-line flight by making a round trip between France and South America. Named "Southern Cross" by its first pilot, Corvette Captain Bonnot, the seaplane criss-crossed the oceans and opened the way to transatlantic flights.

On December 31, 1933, the Southern Cross took off from the Etang de Berre to reach Saint-Louis in Senegal. The seaplane with a wingspan of about 45 meters won the bet: after 23 hours and 3 minutes of flight, the crew landed on the Senegal River. The line shines when the aircraft reaches Natal a few days later before starting a series of flights in South America. On February 8, 1934, the Laté 300 was welcomed like a star by General Denain when its floats touched down in Les Mureaux (France).

At dawn on December 7, 1936, the Southern Cross flew towards its destiny, the aircraft in the colors of the Air France company took off under the eyes of the base chief, Henri Guillaumet, from Dakar for a crossing of the South Atlantic with Jean Mermoz at the controls. The other members of the crew were Alexandre Pichodou, second pilot, Jean Lavidalie, flight engineer, Henri Ézan, navigator, and Edgar Cruveilher, radio operator.